The P2P volume of Asia-Pacific peaked during the 2017/18 bull market and is currently 66% lower than at its peak. At that time, China absolutely dominated the regional volume, accounting for more than two thirds of the total volume. 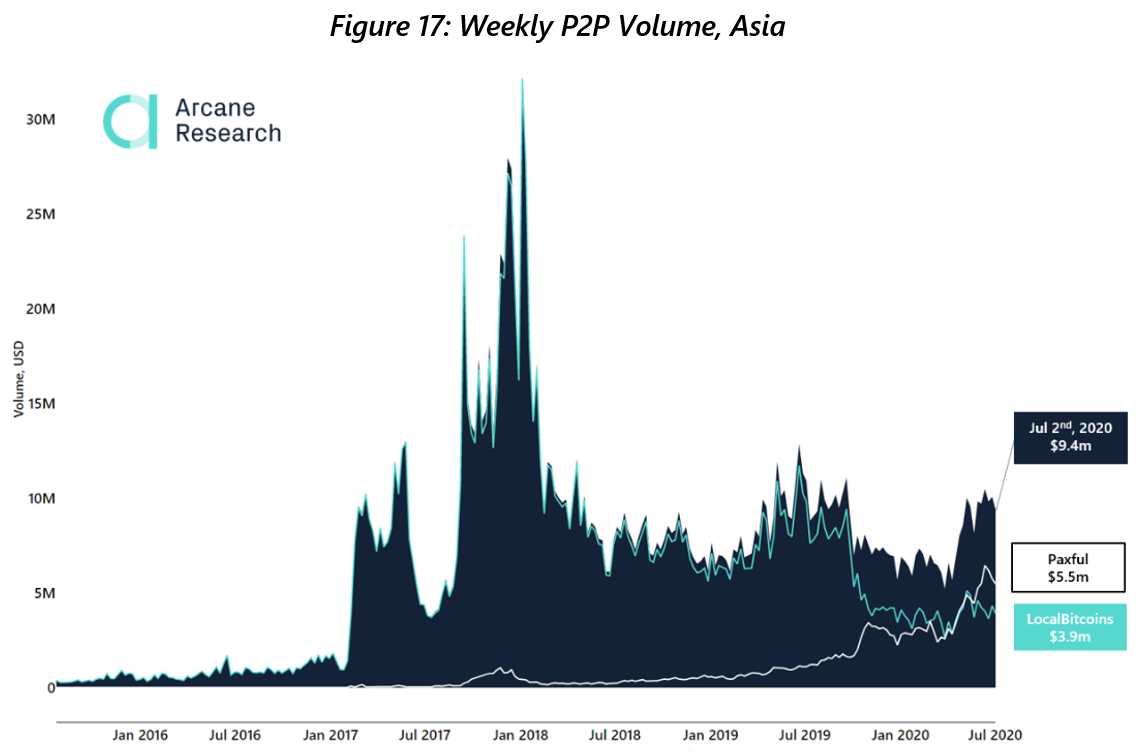 This is a snippet from our report on the state of the P2P markets.

As seen in the chart above, the LocalBitcoins dominance lasted up until September 2019, when it fell sharply as LocalBitcoins transitioned to KYC compliancy. Paxful took significant shares immediately following the KYC implementation, but the overall trading volume in Asia fell.

However, in the last couple of months, the volume in the region has returned to the 2019 levels, but now with Paxful as the largest P2P platform in the region.

India and China each hold 33% of the total P2P volume in Asia Pacific. The remaining third is distributed among the rest of the Asian countries, with the Philippines and Thailand both pushing weekly volumes above $800.000.

BitcoinP2P
Link copied to clipboard.
© All rights reserved to Arcane.
Made with in Norway
Follow us