In tune with the flow: March BTC ETP Recap

March was a massive month for the exchange-traded BTC funds, with net inflows amounting to 12,272 BTC, pushing the global BTC exposure of BTC ETPs above 200,000 BTC. 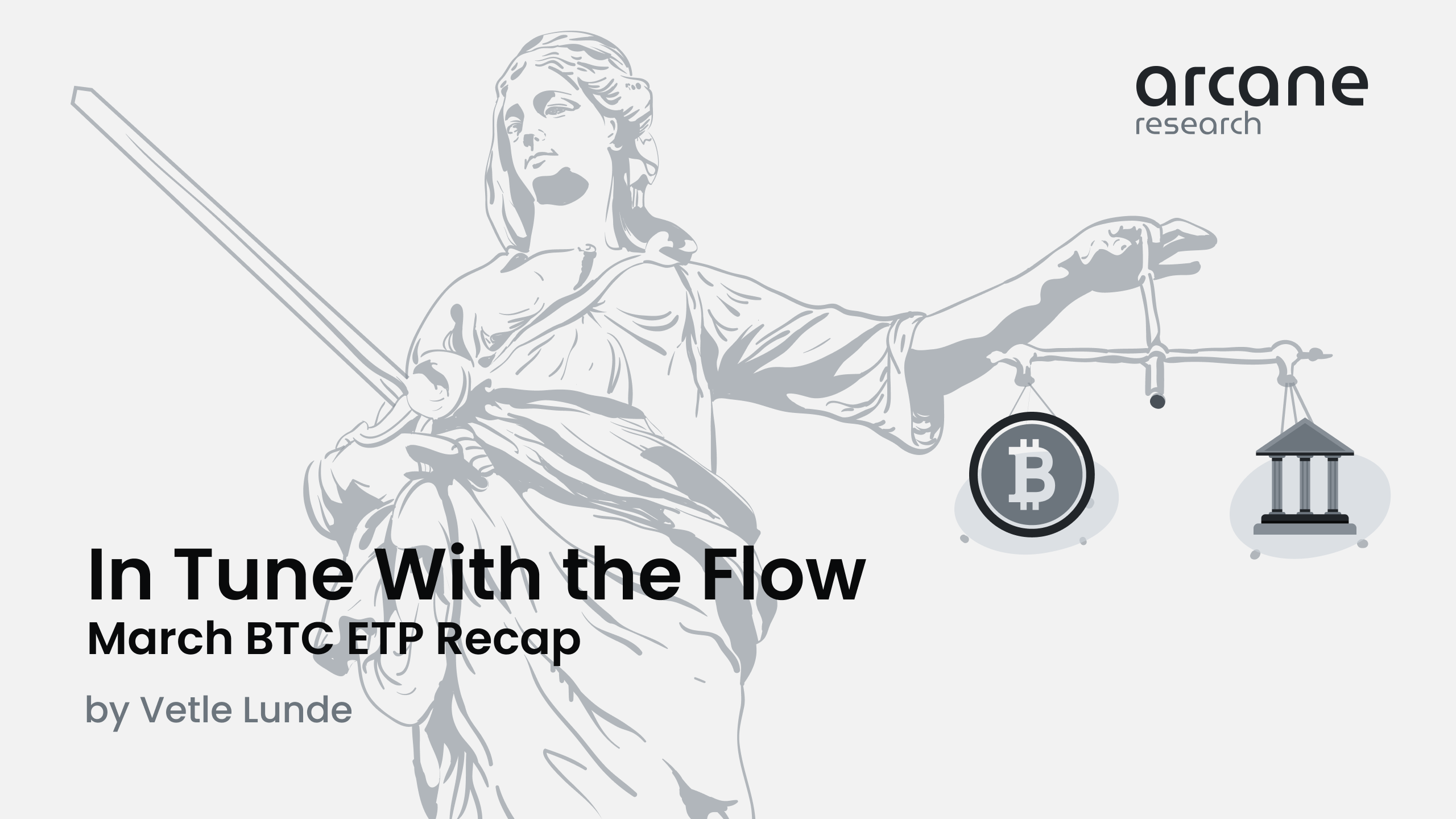 As bitcoin evolves from an asset traded, held, and used solemnly by cyber hornets to an asset held by cyber hornets, nation-states, and Wall Street, it becomes vital to decipher the BTC trends from the sacred realm of tradfi to navigate the market.

The institutional adoption and "productification" of BTC will, with time, lead on-chain analysis to become less and less relevant. I'll get back to this another time, but in sum: you should be careful by accepting easy-going bullish or bearish narratives related to hodler behavior or exchange balances as bitcoin becomes more frequently traded in markets beyond the limits of on-chain analysis. This series sheds light on one such sector: The BTC ETP sector – allowing you to stay in tune with the current flows.

BitcoinETFInstitutional
Link copied to clipboard.
© All rights reserved to Arcane.
Made with in Norway
Follow us